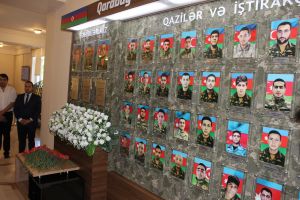 Events related to the September 27 Remembrance Day were organized at Baku Business University. Thus, with the participation of the University administration, faculty and students, the corner created in honor of the participants of the Patriotic War was visited at the University. The national anthem was played at the event, and then a minute's silence was observed in memory of the martyrs of the Patriotic War. Rector of the University Prof., Dr. I.M. Abbasov made a speech and talked about the feats of our valiant, brave and heroic sons in the 44-day long Patriotic War. The rector noted that the historic Victory won in the Second Karabakh War, which lasted 44 days, with the leadership of the victorious Commander-in-Chief Mr. Ilham Aliyev, the bravery of our National Army, and the unshakable unity of the people and the state, was recorded as one of the brightest pages in the history of Azerbaijan. Later, the rector met with the students who participated in the war, took an interest in their concerns and once again expressed his support.
As part of the events, the first lesson at the University was dedicated to Memorial Day and students were given information about the Second Karabakh War. Video clips dedicated to the heroic deeds and glorious victory of our army were also shown at the University. 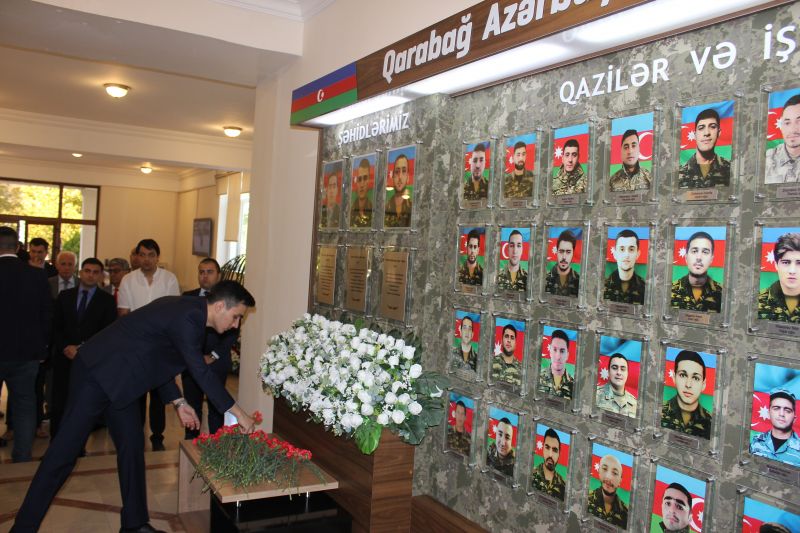 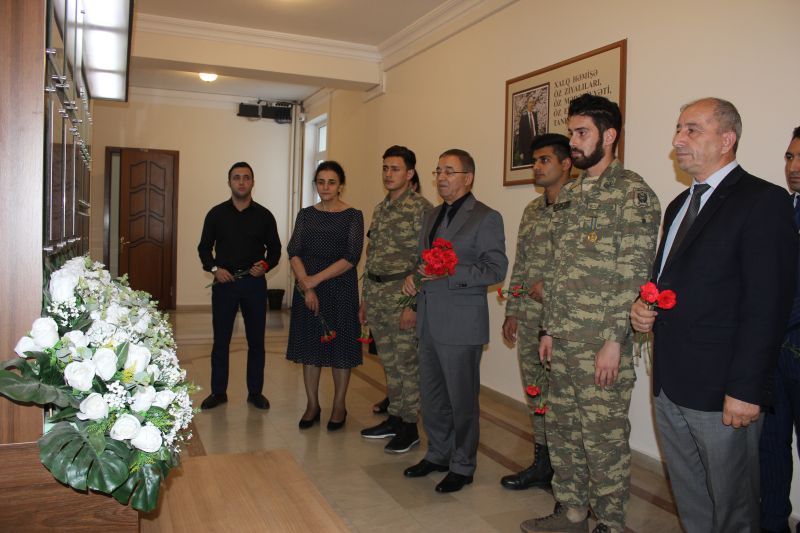 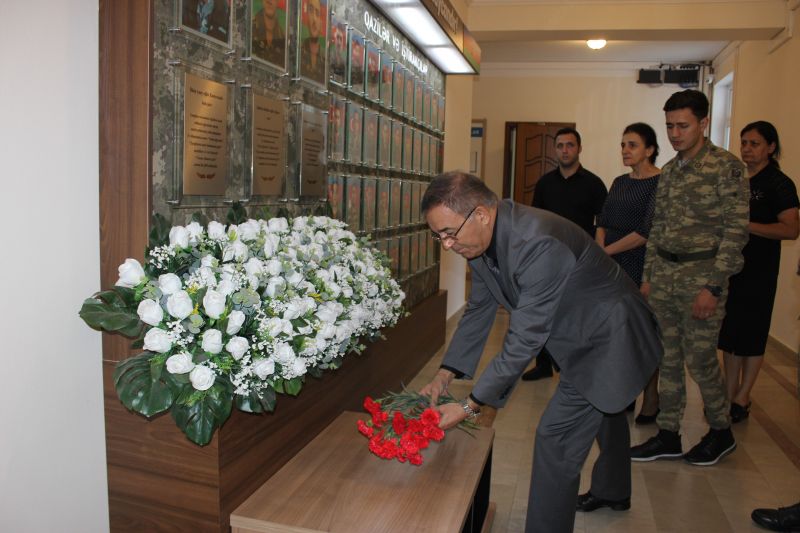 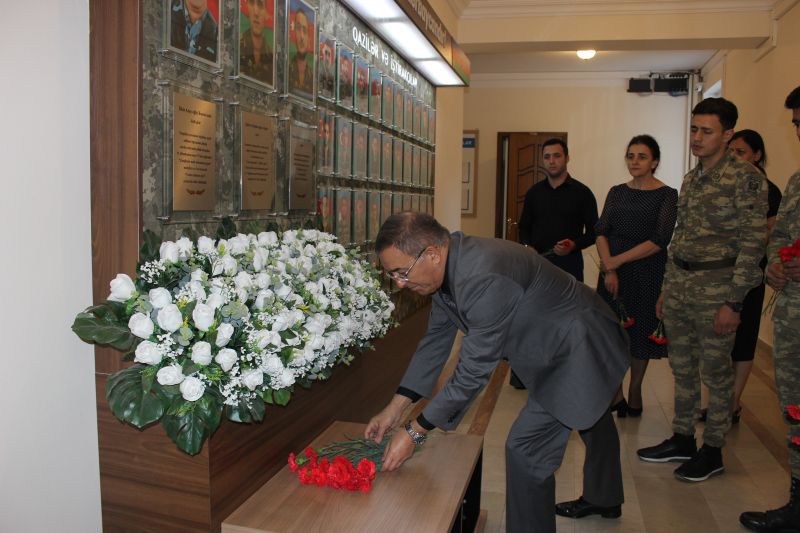 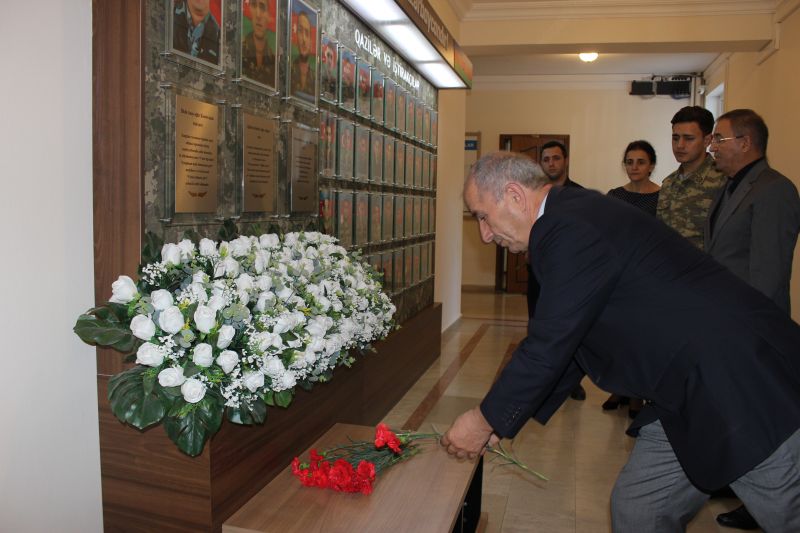 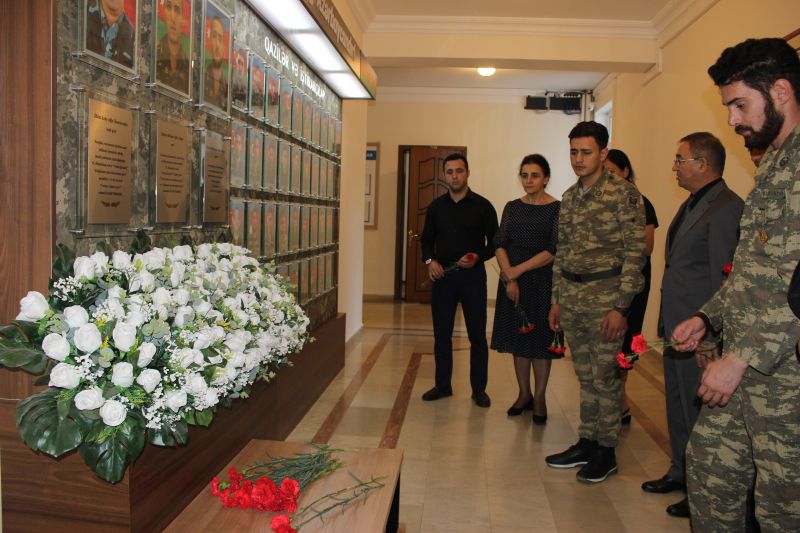 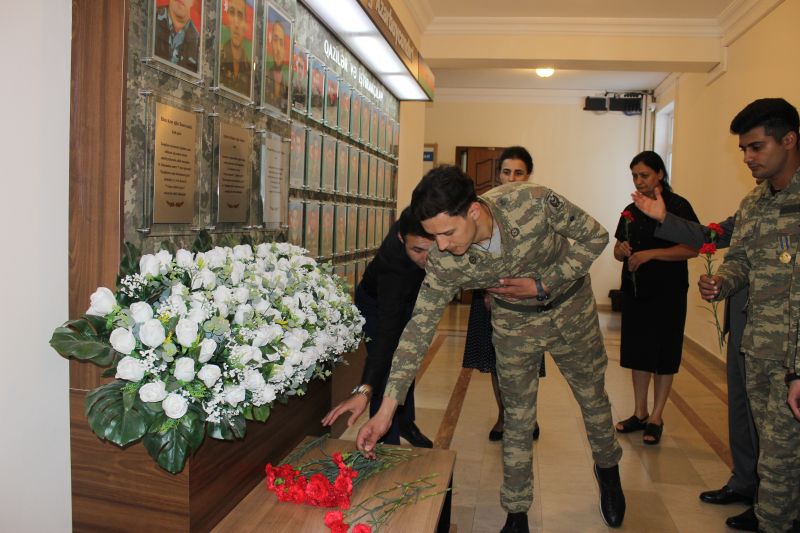 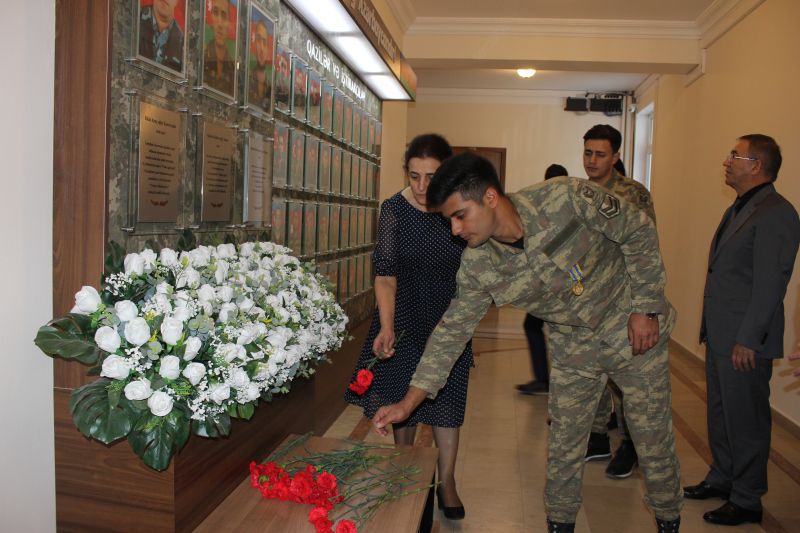 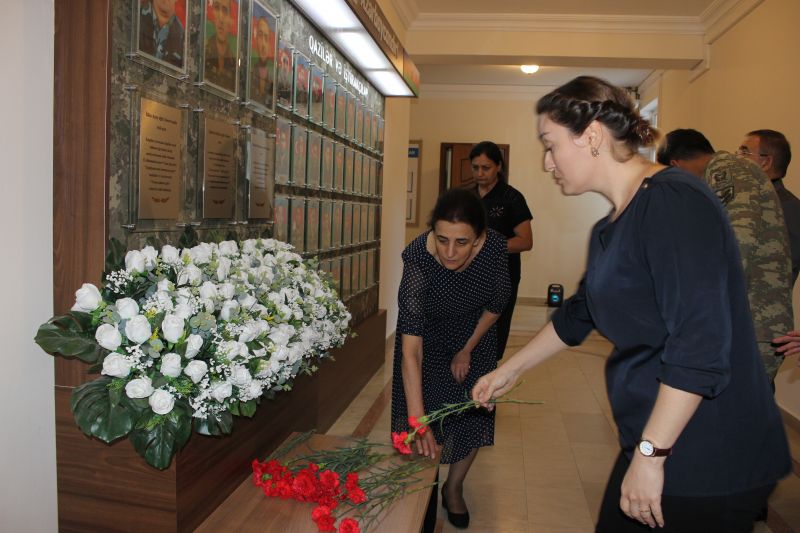 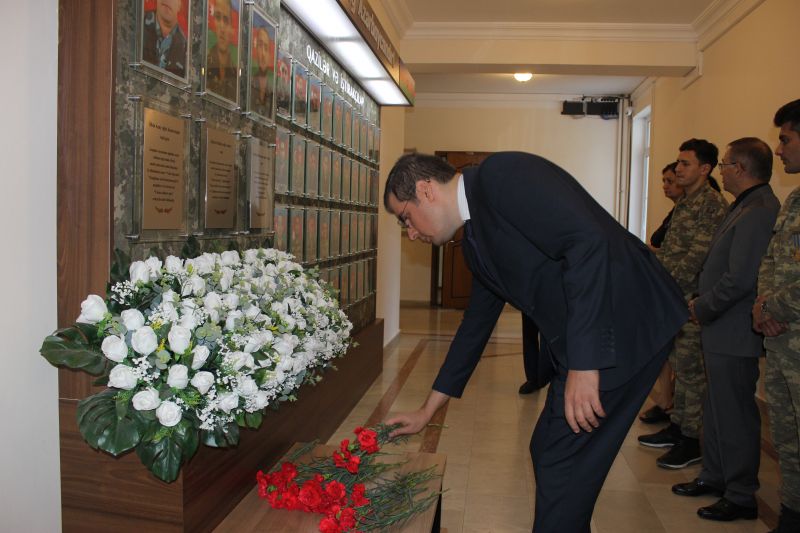 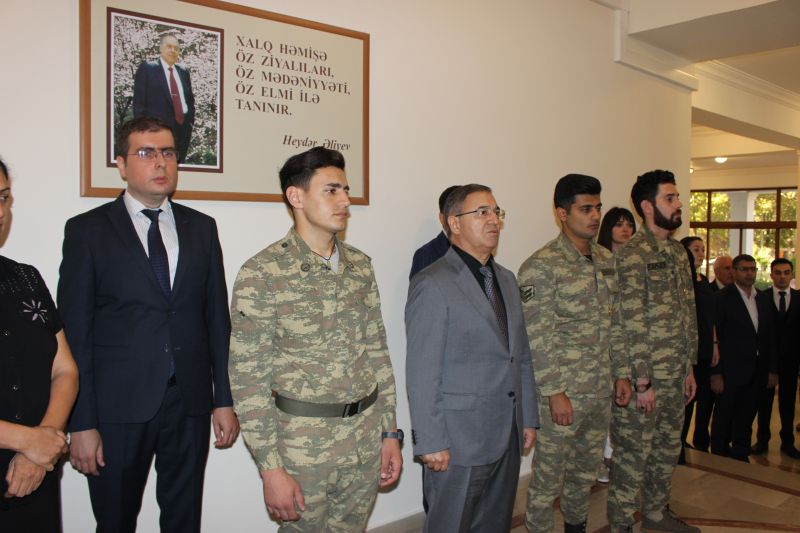 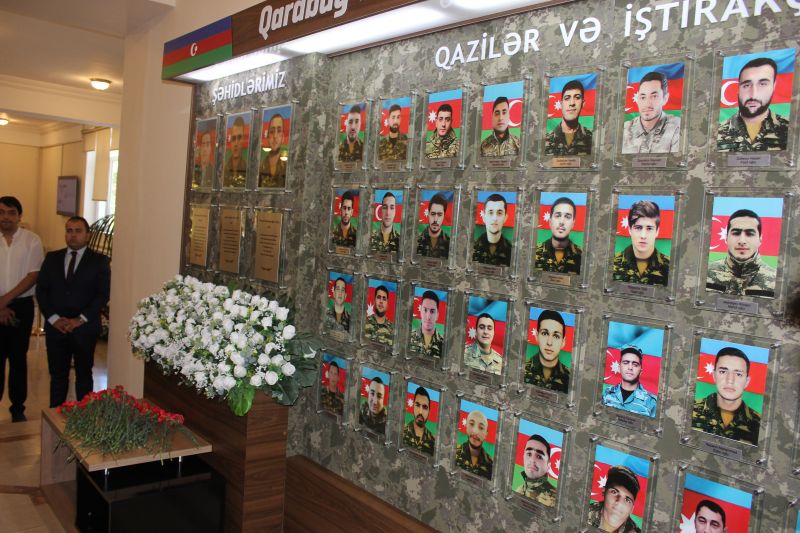 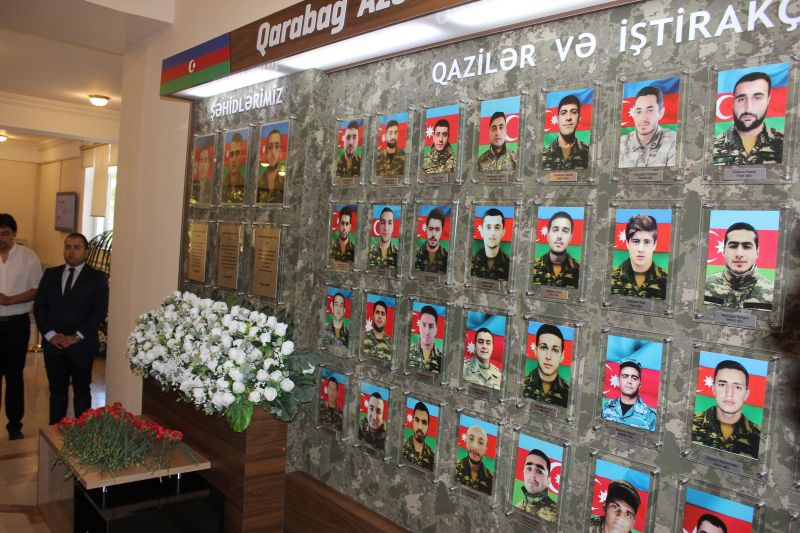 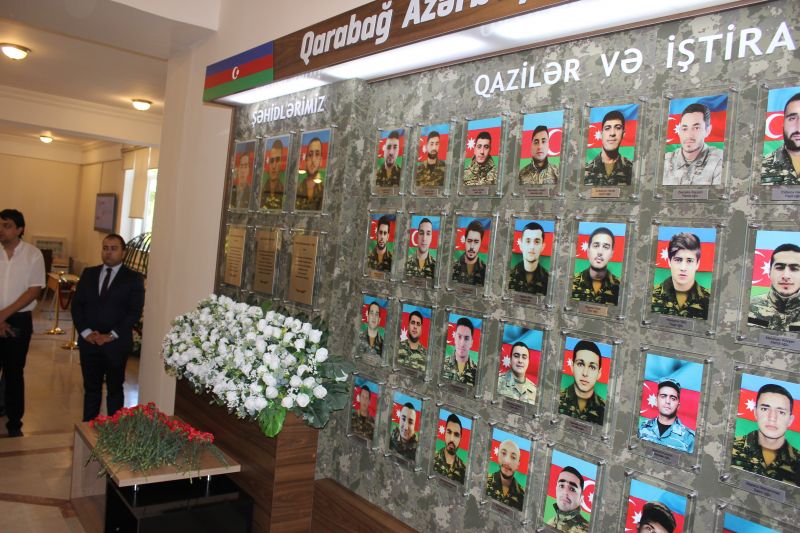 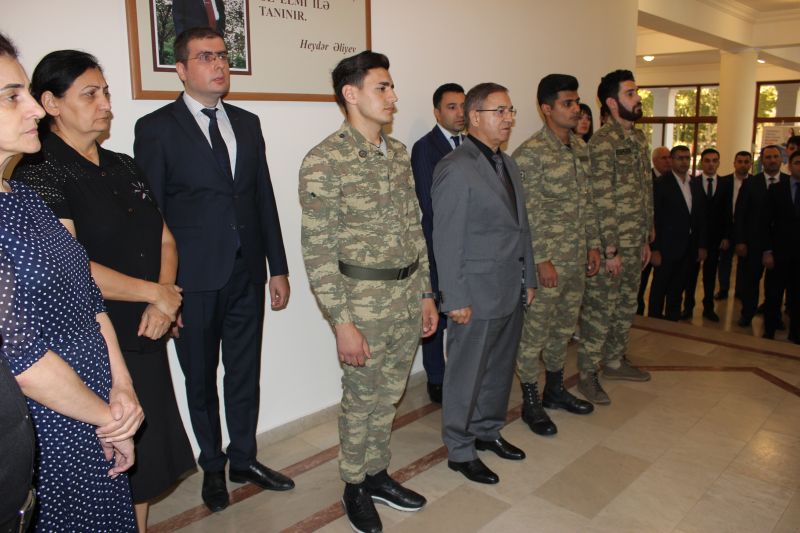 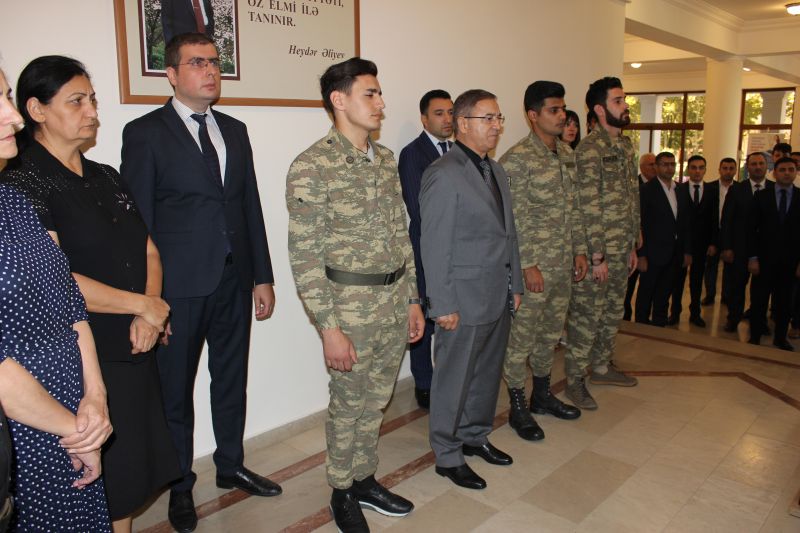 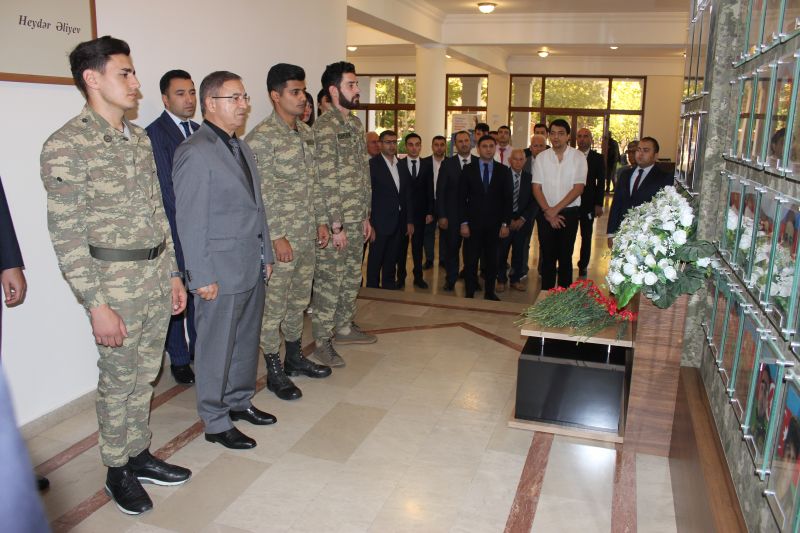 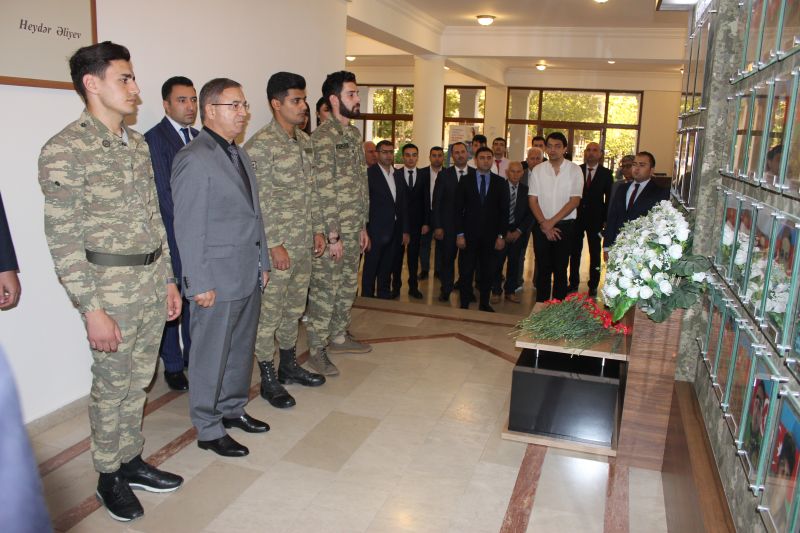 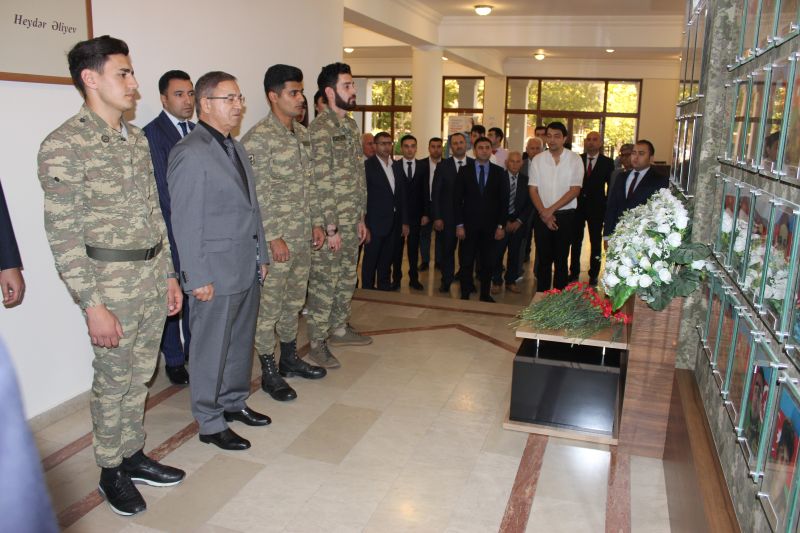 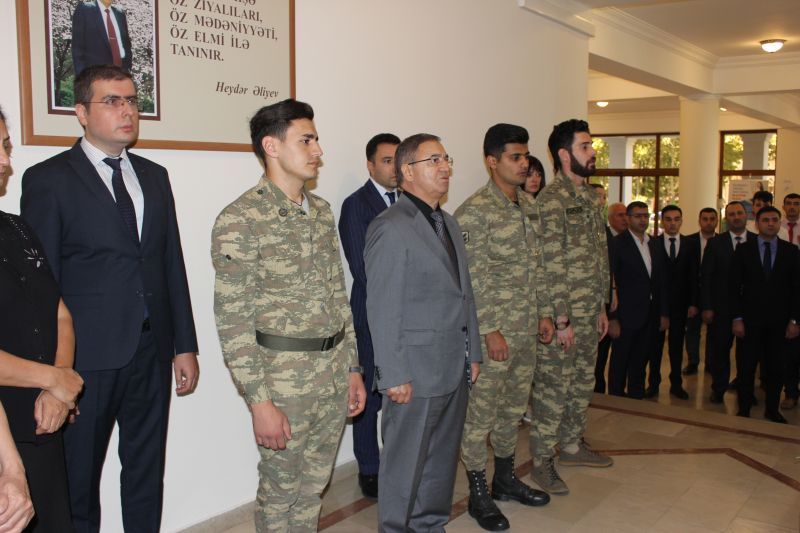