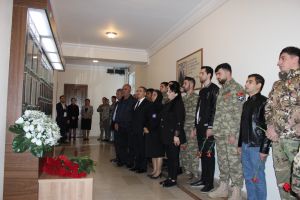 On November 5, 2022, Victory Day was celebrated at Baku Business University. The event was attended by professors and teachers of the university, family members of martyred graduates, students and graduates who participated in the war, as well as a large contingent of students. First there was a minute of silence to honor the memory of our martyrs. At the event, the national anthem was played, and then they laid flowers in front of the corner dedicated to the memory of martyrs and veterans. Rector of the university Prof.Dr. Ibad Abbasov sincerely congratulated all the participants of the event on Victory Day. I. Abbasov noted that under the leadership of the victorious Commander-in-Chief Ilham Aliyev, the Azerbaijan Army achieved incredible success in its victory march, which began on September 27, 2020, with the aim of preventing further provocations and new invasion plans of Armenia and liberating our occupied lands. Brave Azerbaijani soldiers and officers advanced step by step and broke through the engineering and fortification systems built by Armenia for many years. The Rector said that the Patriotic War, which lasted 44 days and ended with the return of the occupied territories, became the brightest page in our history, the pride of the Azerbaijani people. He also noted that on November 8, after 28 years of longing, the city of Shusha, which has great symbolic significance for the Azerbaijani people, was liberated from occupation, and that this battle is one of the unique military operations that entered world military history.
Later, the rector presented diplomas to several graduates who participated in the Patriotic War, and wished them success in further work. Ibad Abbasov once again expressed his close support to all students and graduates who participated in the war, and members of the families of the martyrs. At the end of the event, a video dedicated to Victory Day was shown. 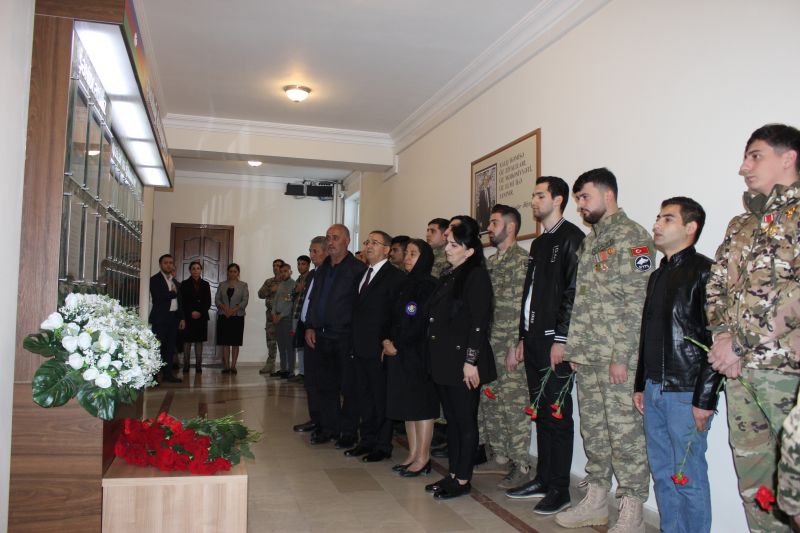 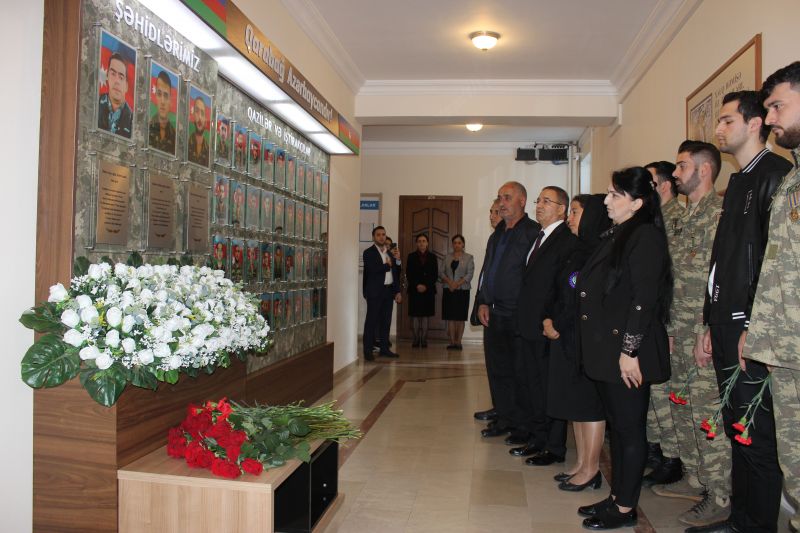 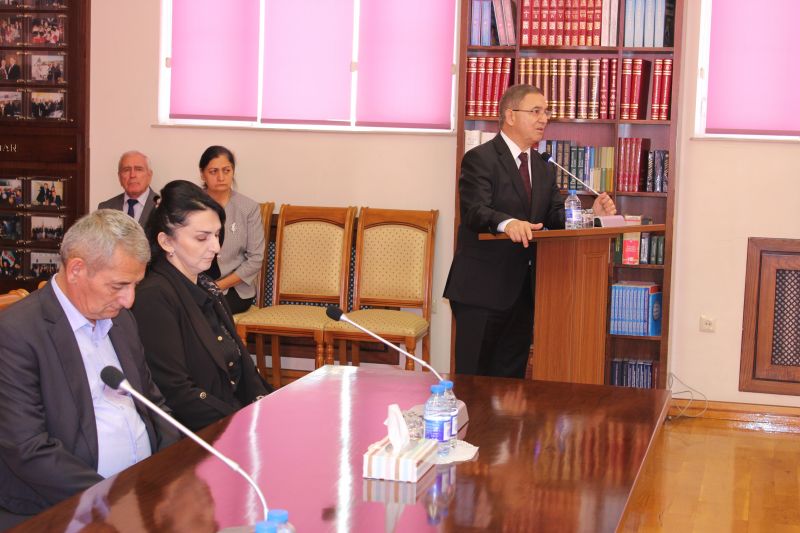 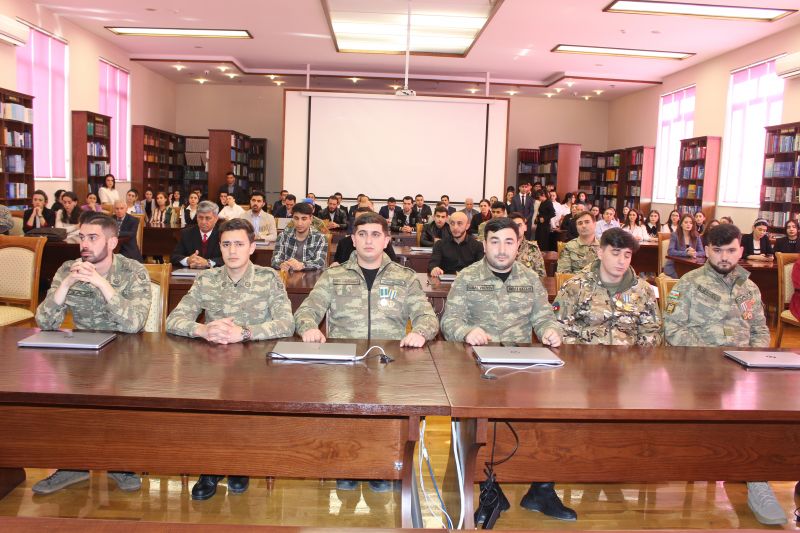 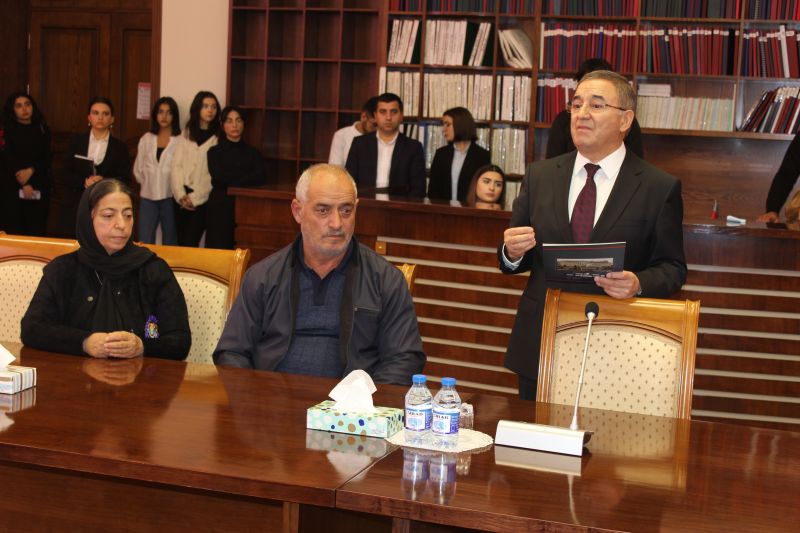 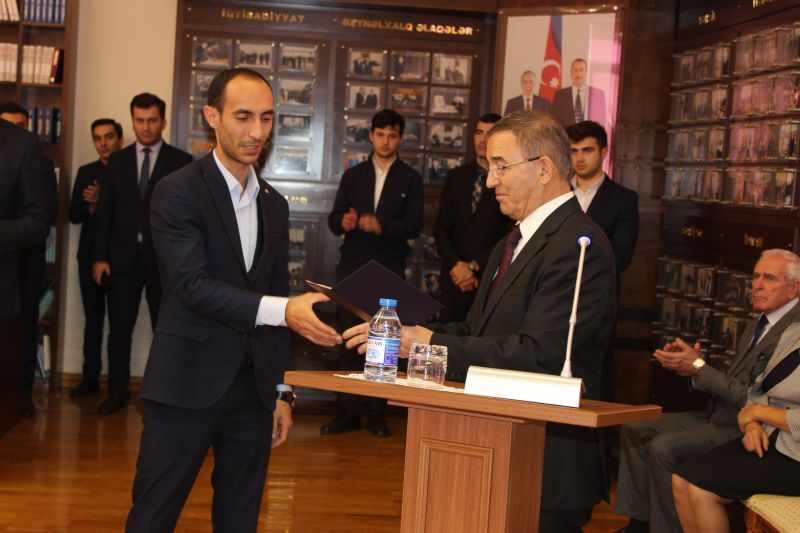 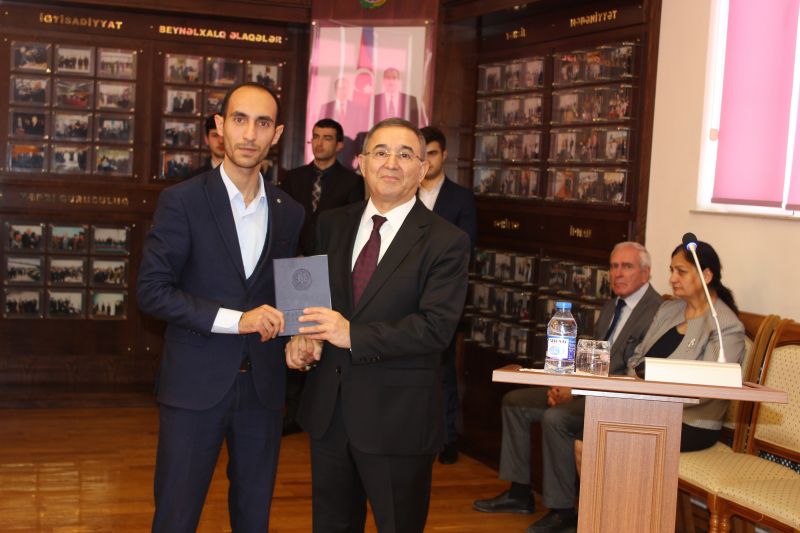